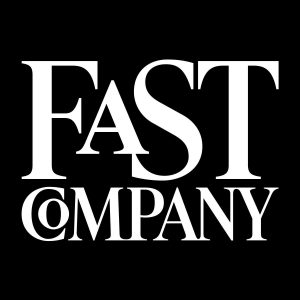 Called the Cocoon, this simple invention protects seedlings from harsh arid climates and reduces the amount of water they need to thrive–and boosts their survival rate by as much as 80%.

Environmental degradation is one of the “greatest environmental challenges of our time,”according to the United Nations. Often caused by human industry and agriculture, environmental degradation is when lush land turns to desert. A total of 2 billion hectares of the earth’s land is degraded, which is an area larger than all of South America. The most straightforward solution to degraded land is reforestation, but when soil is dry and crusty, the survival rate for seedlings is dismal. A biodegradable cardboard donut, developed by the Amsterdam-based Land Life Company and known as the Cocoon, is changing that. The results are pretty incredible, and it couldn’t be any easier to use. All you have to do is set it up, plant a seedling, walk away, and a tree will grow.

“It is simple, but a lot of R&D went into it,” Land Life’s head of marketing and communications, Charlotte Jongejan, tells Co.Exist. The team worked on the concept and system for two years before the company went commercial. 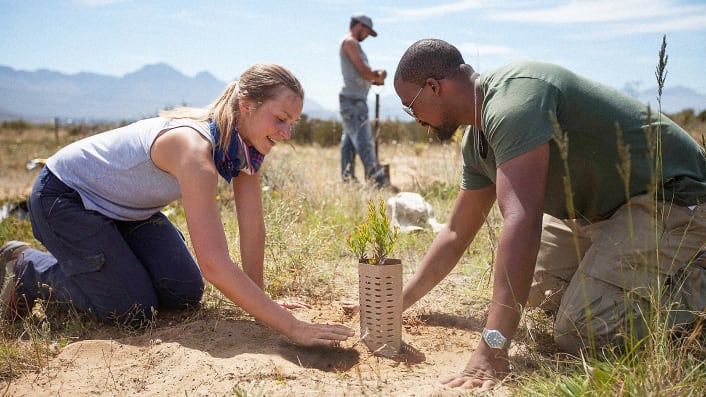 When using the Cocoon, the first step is to dig a shallow pit. The second step is to drop a seedling into the pit and surround it with the pound-cake-pan-shaped Cocoon, which is made from recycled paper pulp. The Cocoon is then filled with water and covered with a lid to prevent evaporation. Wicks inside the device transport water from the reservoir to the seedling’s roots. The drip system, Jongejan says, encourages roots to grow deep and wide, helping them tap into sub-surface soil moisture. In some situations, mycorrhizal fungi, which are present in 90% of natural forests, are also added to the soil to help the seedling better absorb moisture and nutrients. The final step is to slide a cylindrical “shelter” over the Cocoon’s opening, which protects the growing seedling from excessive sun exposure, winds, and small critters.

In arid areas, the survival rate for Cocoon-planted seedlings ranges from 80% and 95%, which is better than the 10% rate typical for manually planted seedlings. And while it’s about $10 more expensive per tree planted to use the Cocoon, the water savings justify the additional up-front cost.

“You’re looking at 400 gallons of water for every single tree, versus the 10 gallons we use for the Cocoon,” Jongejan says. “Cost-wise, that’s $60 to $90 for a drip-irrigated tree and $10 to $12 for a Cocoon tree. Depending on cost of seedling and where you’re planting, labor and transportation costs could be higher or lower,” she adds.

Though the up-front costs of the Cocoon technology and seedlings might be higher, Jongejan says that there are no additional costs down the road. “You don’t have to establish or maintain expensive irrigation systems,” she adds. “Overall, we’re the more efficient and sustainable choice.”

Before any tree is planted, Land Life’s research team analyzes a location’s soil types and climatology to determine not only which tree species will thrive (native species are preferred) but also how far apart seedlings should be planted. Wireless, solar-powered probes are planted with some seedlings, which relay information about soil moisture and salinity to iPhones and desktop monitors back at Land Life headquarters.

To date, the Cocoon is boosting reforestation efforts by government agencies, NGOs, and private companies in 24 countries. It’s been used by the National Park service in the Santa Monica Mountains, by a date farmer in Al-Ghat, Saudi Arabia, and most recently by Mexico’s National Forestry Commission to plant 25,000 mesquite trees in Baja California.

And later this year, Land Life will begin to produce Cocoons on location. Helped by a Fast Track to Innovation grant from the European Commission, the company is finalizing a modular factory model that can be developed and replicated wherever Cocoon technology is needed. The first factory will open in Mexico later this year, and others in North America, the Middle East, and potentially Africa are expected to follow.

“Our goal is to reduce logistics and create more of a closed loop, in terms of sourcing the paper pulp and making sure everything is local,” Jongejan says. “Local employment is important for us. It’s a logical next step, now that we’ve scaled and production is growing–it’s something founder Jurriaan Ruys has wanted from the beginning.”

Ruys is a former McKinsey partner and renewable energy company COO with a dream to walk through a Cocoon tree forest with his three kids. Jongejan says that Land Life is racing to build Ruys’s forest, and also nudging partners, CEOs, and stakeholders around the world to make ecosystem revitalization a top priority.

“Just because a piece of land looks like a deserted no-man’s land doesn’t mean you can’t turn it back into what it once was,” she says. “We have the ability to do that. There is no next time, so let’s get to work.”